Last year, I posted that Google intends to install all its applications through Google Updater, the central component of Google Pack. At that time, only some people were redirected to the integrated installer, but this behavior has become a standard practice.

Because some of the files from Google Earth were corrupted, I had to uninstall it. When I went to Google Earth's download page, Google informed me that I have to install Google Earth with Google Updater. 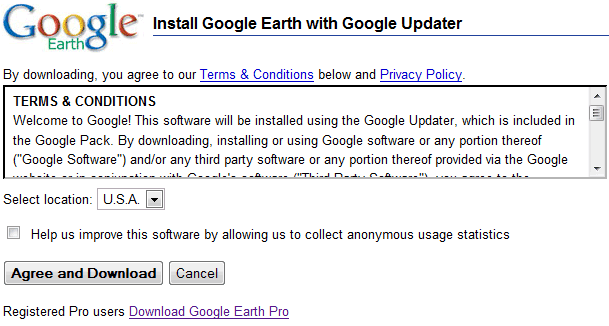 Google Pack's help center gives some reasons why it should be convenient to use the Updater, but most of them help Google promote other software. "The Google Updater makes the software installation process more convenient in several ways. First, it installs software easily with just a few clicks. Also, once the Google Updater is installed, you can choose to have a system tray icon notify you when new software becomes available. Finally, the Google Updater provides you with a central place from which you can download more Google software, as well as other software we think you'll enjoy." (my emphasis)

Probably the only reason why I use my computer is to install Google software and this updater finally helps me get things done. If I want to install Google Earth, it's obvious that I should be informed if Google launches other applications and I should be able to install them with a single click. Hopefully, in the next iterations of the Updater, the click will be eliminated and the new software will be installed automatically after analyzing my interests. 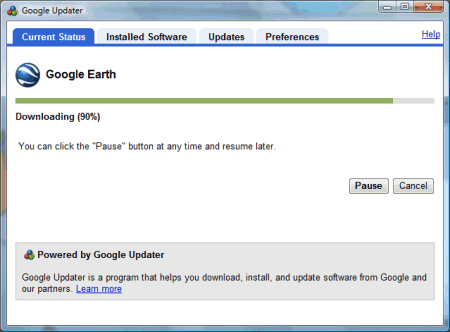 I installed Google Earth using the updater and the setup was launched in the background, with the default settings. Google Updater is installed as a system service that starts automatically, places an icon in the system tray and constantly pings Google to see if there are any updates for the Google software installed on your computer. By default, the application installs the updates automatically and can be uninstalled. 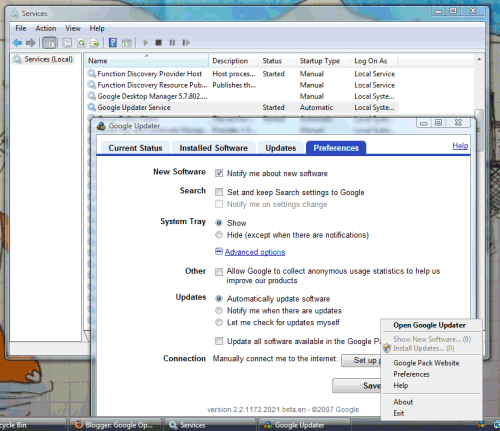 Google still offers the chance to install applications without the updater, but the page that points to the direct links is too difficult to find and has an inappropriate title. I'll repost the links here, for convenience.

Maybe Google should focus less on "we" and more on "you". Most Google software already has an option to auto-update and this could be easily added to the applications that don't have it. If the installers are too confusing, Google could simplify them and remove the unnecessary steps. I don't want to imagine what would happen if each application installed a system service for auto-update and used your network connection to constantly check for new updates.

Update: Apparently, I was lucky because I used Firefox to install Google Earth. If you use Internet Explorer, Google also offers you the chance to install Google Toolbar and to set Google as the default search engine. 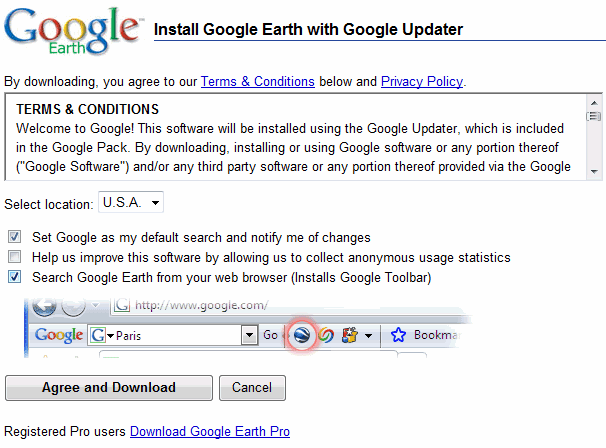