Screenshots of Google Talk's Integration with AIM in Gmail

OK, maybe my speculation about the integration between Google Talk and other IM networks didn't have a strong foundation, but at least we know that Google Talk and AIM will interoperate in the near future. Here are some screenshots from a newer version of Gmail, still in testing (Gmail is one of the interfaces that can be used to access Google Talk): 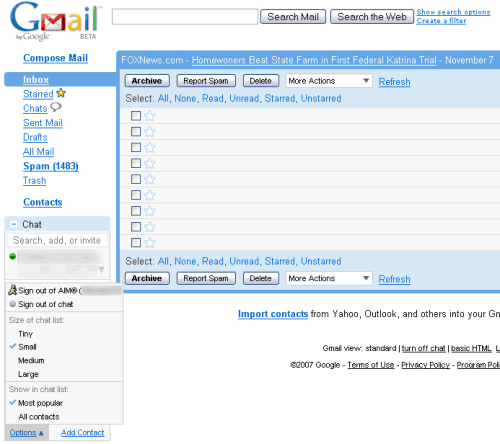 Two years ago, when Google bought 5% of AOL, the agreement included "enabling Google Talk and AIM instant messaging users to communicate with each other, provided certain conditions are met".
Posted by nesh at 10:31 PM